Although we have a proven history of genealogy research all accross the region of Croatia & Slovenia, due to an indepth exploration of specific records, a special expertize in several subregions was dully achieved. 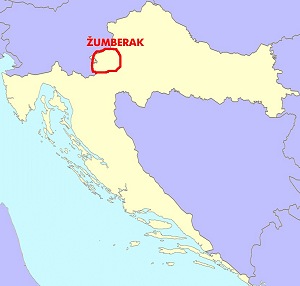 One of those regions is Žumberak, a lightly inhabited teritory at the Northwest part of Croatia, between Zagreb Metropolitan Area and Croatian-Slovenian Border. With it’s unique history and cultural heritage, Žumberak is interesting for genealogy research in many aspects.

Predominantly of a Greek Catholic faith, local residents keep some of their long lasting traditions while closely associating and cooperating with their Roman Catholic neighboors. Although both Greek Catholics and Roman Catholics consider themselves Croats (and sometimes Slovenes, in areas across the border), they develop a unique distinctions among themselves which are always friendly and warm in nature.

Most of vital records in this area are well preserved, but not microfilmed. We may be able to do a research for you, or help you in your endeavors as you travel in the region. Don’t hesitate to contact us.